In Japan, sushi is an art form that is completely dominated by males. Women are rarely ever see practicing the art of sushi making and rolling because many believe their perfume, makeup and other feminine tendencies hinder the meal. In fact, Yoshikazu Ono, Jeri Ono’s son, has even gone as far to say that the menstruation process creates an imbalance in female taste buds, making women incapable of producing a quality dish. 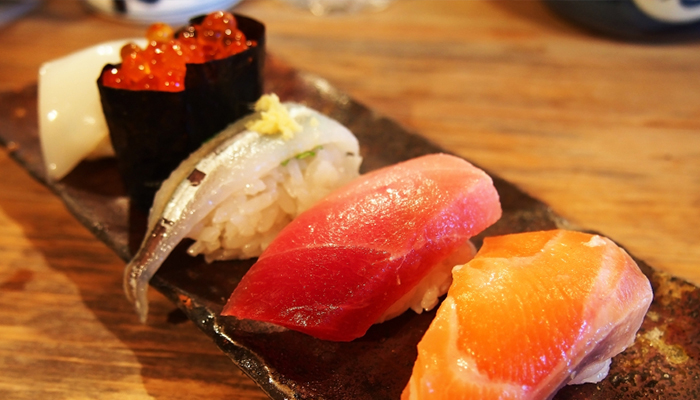 However, there is a group of female chefs that are going against the rice grain. According to The Guardian, Nadeshiko Sushi in Tokyo’s Akihabara district, is the only sushi restaurant in Japan where all the chefs and employees are female.

Leading the pack is chef Yuki Chizui, who says confidence is key in her restaurant. “It’s all about having the confidence,” said Chizui. “The hours are long and the work can be physically tough, so that’s why some people believe women are not up to it. If they want it badly enough, they can overcome the sexism.”

While the feminists of the world are cheering Chizui and her team on, many others are shocked when they enter her restaurant and see a female, rather than a traditional male, chef. There is also the occasional male customer, who would rather mock than eat. “They show up from time to time, but I just regard them as fools,” said Chizui. “We do a good job here, but there are younger staff who still have a lot to learn. Every sushi restaurant has its own style and flavor, depending on how they cook and prepare the rice, which fish they select, and so on. And like everyone else, we have our own style.”

While Nadeshiko Sushi is not premium, the prices are reasonable, with courses starting at 2,000 yen, or about $16. You can find sushi staples here, including tuna, prawn and squid. Oh, and about the whole makeup/perfume myth, Chizui says her staff wears minimal makeup, no perfume, and no nail polish out of respect.

Head over to The Guardian for more information.

Would you eat at Nadeshiko Sushi?