It seems that very few people bake with jam these days, but we don’t know why. What used to be a popular sweet, and continues to be one in Europe in other countries, is now a delicacy in America. We’d love to revive these tasty little jam tarts in an effort to turn people back on to them. Why? They’re easy to make, they’re tasty, they’re versatile in flavor and they’re great to fill in that sweet spot for any meal or tea time!

Begin by preheating your oven to 350 degrees. While preheating, combine your flour, sugar, salt and cinnamon in a food processor – pulse for a couple ten second increments, until a very fine powder has formed. Add in butter and process until the mixture has changed to resemble coarse meal; this should take you roughly 25 seconds.

Next, combine 1 egg yolk with 2 tablespoons of ice water and add this to the flour mixture. Pulse until the dough comes together, just about 5 seconds. Move to a flat, open work surface (such as an island or table), spread flour across the surface to prevent sticking, and compress the dough into a flattened circle.

Roll out the dough so it’s just thinner than a ¼ of an inch. Using a cookie cutter (any solid shape such as a circle, square or rectangle), cut out roughly 16 shapes. Grease a muffin pan, and gently press each dough shape into the cups of the pan, so that each forms a bowl-like crust.

In a medium sized bowl, spoon out desired jam flavor (such as blueberry) and set aside. In the food processor, pulse ½ cup of fresh fruit (blueberries) for a few seconds. Pour into the blueberry jam, and mix up thoroughly with a spoon.

Next, fill each dough cup with up to 2 teaspoons of the fruit-jam mixture. Take the remaining dough that you didn’t use in your shape cut outs, and strategically place over each cup in whatever way you’d like. Combine the remaining egg yolk with the cream, and lightly brush the tart tops with the egg wash. Bake in the oven until tarts are golden brown, roughly 20 minutes or so.

Once the baking is complete, allow tarts to cool on wire rack before serving. If serving while still hot, be careful that the interior doesn’t scald your tongue as it’s usually much hotter than the exterior! 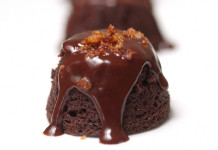 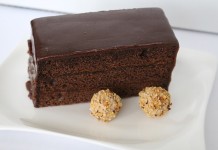 How to Make Flourless Chocolate Cake 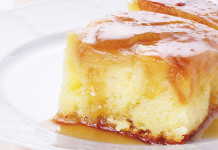