On Tuesday, New York City officially became the the first city in America to require salt warning labels on menus.

According to the city’s Health Department, chain restaurants with 15 or more location must put a little salt shaker icon next to items that contain more than the daily limit of sodium, which is 2,300 milligrams, or a teaspoon. 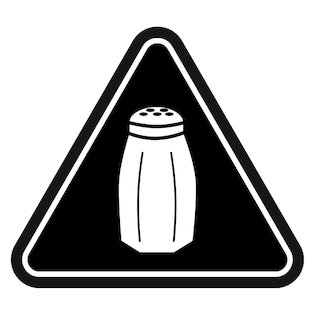 So you won’t necessarily see the warnings at your favorite bistro in the West Village, but rather in places like Chipotle, Arby’s, Dunkin’ Donuts and so on…

New York City lawmakers are hoping this will make people more conscious about how much salt they are putting in their bodies. The Center for Nutrition Policy and Promotion states that too much sodium can lead to high blood pressure, which can lead to hypertension, stroke, heart disease and kidney disease.

But of course not everyone is happy about keeping you healthy. According to Politico, the National Restaurant Association is filing a lawsuit against the health department. “While the Board of Health thinks they are targeting corporate chains, in reality they are dealing yet another blow to many of New York’s small businesses that have been working and continue to work hard to provide nutritional access to their customers,” said Christin Fernandez, spokesperson for the group.

What are your thoughts about the NYC salt warning labels?