On the Upper East Side of Manhattan lies a restaurant boasting the best in the city of South African culture and cuisine. The restaurant itself is called Kaia Wine Bar – Kaia, meaning “home”, “house” or “place of gathering”. The intent of the restaurant is to welcome any and all to dine and enjoy fellowship in a warm and friendly environment, while drinking fine New World Wines, craft beers, and partaking in South African small plate cuisine.

If you save room for dessert, you’re welcome to try sticky cake, chocolate terrine or cremora tart. Each meal is thoughtfully crafted by a chef who takes great pride in the cuisine from his place of origin, who strives to show each person the same hospitality that they would receive if they were eating in the Free State.

Sparkling wines, white wines, draughts, reds and rose’s all make appearances on the drink menu, most of which hail from South Africa. With wines from the year 2005 to 2013, there’s a taste that suits every palate. The best of local craft beers are presented on the menu as well, offering draught, bottles, and large format options. With a few African options and several well known national beers, beer drinkers will have a time picking their poison!

The People Behind the Restaurant

Suzaan Hauptfleisch is the soul behind the restaurant, which she started in an effort to bring her kaia, her home, to her adopted neighborhood. While living in South Africa, Suzaan worked at the famous Stellenbosch restaurant in Decameron, where her love for food and hospitality was born. Years later, she moved to New York in 2001 to pursue acting, and waited tables at a South African restaurant in Brooklyn to maintain a living. Over a period of years, she moved onward and upward to other restaurants until she opened her own Kaia Wine Bar. She quickly hired Josh and Ivan, a wine expert and South African chef, respectively.

Josh studied abroad in Cape Town, where he fell in love with the South African culture, cuisine, and wine. Ivan started cooking early on in his life, as he learned from his mother in the Free State. Many years, formal training, and several awards later, he founds himself happily serving the people of Manhattan tastes of the cuisine from the place he calls home alongside Josh and Suzaan.  The three together make a power team of passion, culture and excellence, as they strive to show everyone the same unique and enriching experience that they had in their respective lives in South Africa.

If you ever find yourself on the Upper East Side – even if you’re not a native to South Africa – Suzaan, Josh and Ivan welcome you to their Kaia, where they’ll treat you as an honorary South African and offer you the greatest cuisine experience in a culture that they’re passionate about. 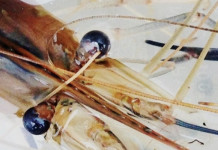