How many times have you burned or cooked a piece of meat completely dry? Or the opposite, undercooked your meat? It is true that undercooked meat is easier to fix than meat that tastes like shoe leather, but it’s definitely not optimum, especially when cooking for guests. Who wants to cut the meat then have to microwave it because it is not cooked enough to eat? If you had an instant-read thermometer you wouldn’t need to worry about either problem.

Unlike the traditional meat thermometer which either goes in the meat while it is cooking or has to be checked and moved after pulling meat out of the oven, the instant-read thermometer allows you to quickly ascertain the temperature in multiple spots in seconds with no stabilizing time like other types of thermometers. This is good for things you need a quick read on and it helps you temp faster so you can close the oven door faster and cut down on heat loss.

What Features to Look For

There are many of these on the market, but not all are created equal so before you throw money away on one that doesn’t do what you want consider these features. Best choice of design would be one with a bulb-shaped end for the digital read-out (similar to the electric fever thermometers) and a protective cover for the end, or a folding thermometer that protects in one piece. These two tend to be more advanced than some of the others.

Some units come with buttons for different functions but are difficult to use with oven mitts on. Look for a sleek model that just tells the temperature that is easier to handle. For reading temps in low-light situations get one with a backlight. Sometimes digital readouts can be hard to see even in natural light. Look for a brand with a large temperature range from minus zero to over 500 degrees, and look for one with a quick accurate readout.

This beauty is the best of the best and can tell you the temperature of anything, hot or cold, in three seconds, is large and foldable, and has no buttons or backlight. It is, simply, fast, but costly at around $100. The manufacturer also makes industrial sensors.

The same company offers a budget model, the ThermoWorks ThermoPop, for around $30. It has one button, is backlit, and temps in four to seven seconds. It’s good, but the readout is, unfortunately hard to read due to where it is placed on the wand.

Topping the list of Wired’s best list is the Lavatools Thermowand. At under $30 this is a smaller version of the Thermapen and works surprisingly well for the price with a speedy temp time of four to six seconds, but a smaller probe and a lower maximum range of 482 degrees, but it comes with a magnet to attach to your oven, grill, or refrigerator.

With a few offerings in a moderate price range, and one for the techno-guy in your family, these instant read thermometers have got you covered. 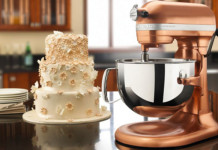 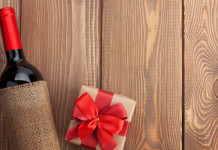 The 6 Best Gifts For The Foodie In Your Life 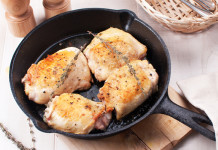